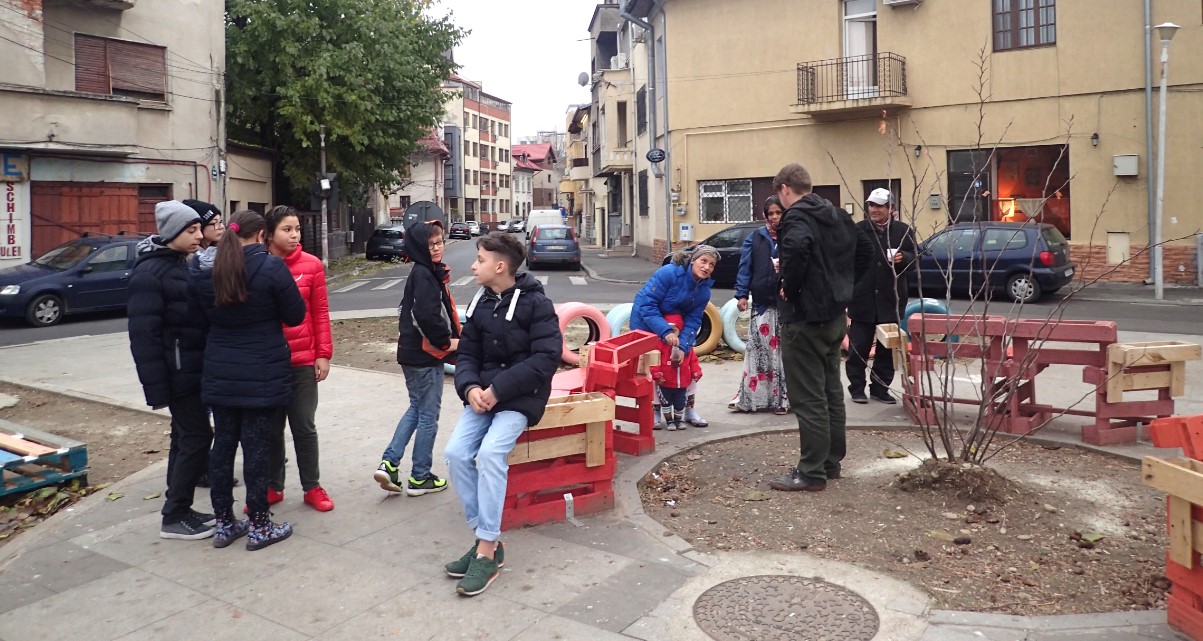 The public space is and has always been a reflection of the dynamics, processes and health of the city. The life of the town, the diverse interests which govern it, the moments of crisis or those of cohesion manifest themselves in the pulse of the plaza. In many ways, the public space is a catalyst for urban transformation processes, and the measure of its quality represents a community barometer.

Historically, the public space has also been the main stage for the exercise of citizen rights. From the Athenian agora – as intersection of commerce, administration politics and religion – and to the late twentieth century „Reclaiming the Streets” setting, public spaces are the city’s energy valves (Berman, 1982).

For all of the importance it holds in the city, contemporary public space is often a place of contradictions, diluted and subscribed to private interests and „top down” decisions, seized and parasitized, or simply abandoned. There are plenty of examples in which public space as a good belonging to everyone has, in time, transformed into a good belonging to none.

At a time of profound societal changes, the need to re-shape the urban landscape is subscribed to a broader movement to regain community goods, values and community rights. The movement of “taking back” [the city, the rights, the decision, etc.] has started to manifest itself at local level as well, not only as a political response (with which it is mostly identified), but also against social alienation and division at the neighborhood level, trying to restore meaning to the city as a public space. Recovering vacant, unused or misused spaces means recovering ownership of the city itself: reclaiming function (as common place and space for social convergence), access (as a place open to all), and identity (as a place which reflects community values) – Bodnar, 2015.

Good public space should not be a commodity reserved for the lucky few, although it is often viewed this way: luxurious re-developments in downtown areas, in strong contrast with the shortcomings of the dense collective housing neighbourhoods of the periphery. Conversely, communities that have the greatest need for quality public spaces are private wealth. “Public spaces create a different type of society. A society where people of all income levels meet in public spaces is a more integrated, socially healthier one.” (Enrique Penalosa, mayor of Bogotá, Colombia).

Good public space has the essential power to catalyse urban regeneration, to reconnect severed social ties and to „mend” the city. It is the starting point for re-thinking a city which serves its citizens equitably, being built around their real needs and not in spite of them.

But a good public space cannot be willed into existence by sheer desire. The act of regeneration, of change, implies taking responsibility for the place and recognizing one’s specific role (both as an individual as well as a community) within it. The process of reclaiming is therefore bound by the fundamental assumption of custody, administration and the quality of being an active actor within the public space, but also by the recognition of the fact that public space is a convergence of local interest and administrative will.

In many ways, the redevelopment of public space within a community implies the regeneration of the community itself, by bringing together citizens and their interests in a collective process of awareness and reconnection. But this process needs a long-term vision to support it, providing space and time not only for understanding the needs and potential answers, but for recrystallizing the sense of belonging to the community and therefore the responsibility of the city: the power of caring for and preserving public space as a common good.

Berman, M. (1982): All that is solid melts into air: The experience of modernity. Penguin Books

One thought on “Claiming back the city”